Following on from part 2 of this series…

The Philippines was good to me. It was always a bit of a hoot driving from the airport to my hotel seeing billboards of myself! I did a few presenting gigs too and came very close to going for a couple of auditions for their local tv shows…but I decided against it. I knew I’d have to learn Tagalog which I didn’t mind, but the thought of living in Manila permanently and pursuing my acting dream there, didn’t feel right. Plus I’d been working in Asia for 7 years already and was starting to get a little over it. I was happy with my fly in fly out job!

After 6 years of living in Sydney and 2 years in Melbourne, I decided it was time to go home to Perth for a year! My acting agent wasn’t too thrilled about it, but said she’d still put me forward for gigs so long as I would move back over East if I landed something.

During my time back home, I felt like I had a chance to ground myself again. Spending time with my family and school friends was just so lovely and I thoroughly enjoyed my year back home. It was also during this time I decided I was ready to study again! I looked into courses in London first, and was keen to audition for RADA or LAMDA but when I did my research it seemed far too expensive.

The next city I looked into was New York. I had heard great things about The Lee Strasberg Theatre & Film Institute and in comparison to London, it was a damn site cheaper! I got all my material together for the audition process, and was accepted within 2 weeks of applying…I was so excited! I won’t go into my journey in New York here as I’ve already written a 5 part series on my experience in this amazing city! Just click here to start at part 1.

It felt good moving back to Melbourne…I already had a good base of friends and was pumped about starting my acting career again. I decided to find a new acting agent which was a very long, hard process. I honestly thought having studied at the prestigious Lee Strasberg Institute would make finding an agent a lot easier…but it was tough. I did finally get signed by an agent called L’Abbett Artists, but for the two years I was represented by them, I hardly went on any auditions for tv shows or movies…it didn’t seem to be working out for me which was hugely disappointing. The industry in a whole seemed so much more competitive than when I was in Melb two and half years earlier.

As my acting career was becoming more and more like a hobby than a career, I felt it was time to diversify and try something new that I could do ‘on the side’ to bring in a steady income without having to wait tables, but with some flexibility so I could still go on auditions.

Around the same time I was pondering over this, I just happened to be chatting to a good friend of mine who is a personal trainer living in Hong Kong about my digestive system and how I’m constantly bloated…I was hoping he’d have some advice for me which he did, and this piece of advice changed the direction of my life….

Dave told me about Metabolic Typing – a nutritional approach that determines which ‘metabolic type’ you are and what diet and supplement program you should be following for your type. I did a bit of research into it and thought I should give it a go. I searched the net for a metabolic typing adviser in the city, and that’s when I came across a lovely woman named Kat Eden (now known as Kat Loterzo).

Meeting Kat has literally changed my life. I had a couple of consults with her at Fitness First where she also worked as a successful personal trainer. We somehow got on the topic of PT and I expressed how I’d always been interested in health & fitness and was almost going to study to become a PT a few years back…Kat then told me if I did get certified she’d be very keen to take me on as her apprentice! “Wow” I thought! If this isn’t a sign from the Uni-verse, I don’t know what is!

I asked Kat for her recommendation of where I should study to become a certified PT, and a couple of weeks later I was doing the course full time! Once I was certified I did end up becoming Kat’s apprentice and she mentored me for 9 months at Fitness First Melbourne Central – one of the busiest Fitness First clubs in Australia.

I have so much to thank Kat for, who is no longer a personal trainer but is a full time blogger, running two very successful blogs: bodyincredible.com and womanincredible.com.

Meeting Kat has literally changed my life. If it wasn’t for her suggestion of becoming her apprentice I’m not sure if I would’ve taken the leap and become a personal trainer. Kat not only mentored me in becoming a great PT, she taught me so much about business and continues to this day, 5 years later, to mentor me occasionally and has become a close friend. 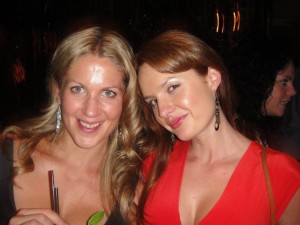 I stayed at Fitness First for 2 years before I decided to move on and try a different club. The first year and a half at Melbourne Central was amazing. A special bond developed between all of us trainers and some of the staff. We trained together, learned from one another, socialised together, dated one another, haha. We were a family it seemed until the vibe started to change with some of the crew leaving gradually and new trainers coming on board who didn’t quite click with the group. I will always treasure my time at that club and the friendships I made – most of whom I’m still very close to.

To sum it all up, I became a personal trainer as I needed to choose a different path. As painful as it has been to acknowledge, my childhood dream of becoming an actress just hasn’t worked out for me. I’ve still held on strong to the possibility of trying my luck again (and I honestly believe luck comes first in this industry, talent second), but this hope I feel has set me back a bit. It’s just too hard focusing on two careers at the same time. Since moving back to Perth I have thrown myself into building my personal training business and my blog. I’ve been home 6 months now, and only last week did I contact my agent here to tell her I’m back! She is wrapped, and will be putting me forward for local work. The difference now is that I see the acting as a hobby…and I’m okay with that! 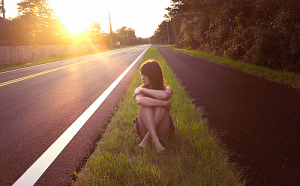 What about you…what’s your journey been? Have you had a childhood dream that didn’t work out? Changed careers more than once? Leave a comment below!