This is part 4 of some blog entries I wrote when I was living and studying in New York. There’s only one more left after this one – I wish I wrote more but so happy I at least managed to write what I did as it has given me many fond memories! If you missed part 3, head over here. 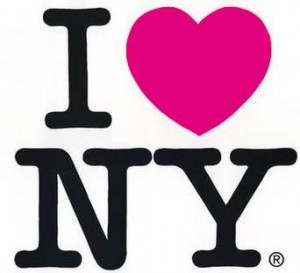 Wow, it feels like ages since I wrote last! Sorry, I’ve been flat out with school, moving apartments and socialising! It was Halloween on Tuesday 31st – a big event in the US. The students at my school organised a Halloween party the weekend before, which was a lot of fun!

Well guys, I finally found myself an awesome place to live! It’s an apartment in Union Square, Manhattan, literally a 5min walk to my school! It’s such an exciting part of the city to live in, with everything I could possibly want at my door step. My building even has a doorman and an elevator, which are both novelties for how much I’m paying. The apartment itself is kinda old but it has heaps of character and has been maintained beautifully. It is a pretty big one bedroom and has lovely wooden floors throughout. My flatmate, Nina, is a bit of a hippy who has a massive interest in India, so the apartment is quite eclectic with lots of Indian inspired paintings and furniture that’s she’s collected over the years.

The best part of finding this fantastic apartment, is that I now have it to myself for the next 6 months! Every year, Nina spends 3 months in India and 3 months in Mexico. Such a score! So I guess the last 2 months of arduous apartment hunting has all been worth the pain! I really do feel very lucky to have found this place.

Would you believe that within a week, I randomly bumped into two people I know from Australia?! The first person was Anthony Rose – a friend of mine from Sydney who I’ve not seen in years. I had just finished taking my tap class, and was walking home when we literally bumped into each other on the street! The weirdest part of it, was that he had come to NY to shoot a documentary on tap dancing! So random.

The second person I bumped into, was Kav from the rockin’ Aussie band Eskimo Joe (Kav and I went through the same theatre arts scholarships in Perth). It was around 3am Sunday morning, and I’d been out with my Aussie friend Emily (who has been visiting NY for the past few weeks), when we decided to grab a crepe on our way home at this amazing creperie. Half way through stuffing my face with a mouth watering raspberry and dark chocolate crepe, in walks Kav! So there we were, in New York in the wee hours of the morning, eating crepes together! So funny! Unfortunately, Kav and the band were leaving the following day, so I missed out on seeing their gig but it was still cool bumping into him! The world really is a small place.

My studies have been going very well! I performed a scene on Tuesday from the Arthur Miller play Broken Glass. The week leading up to our performance, I felt quite insecure about how I should portray my character. Everything I had work shopped with my scene partner didn’t feel right, but at around 11pm the night before, it just clicked in my head. After Alexandra and I finished performing the scene we received accolades from Susan and the other students in our class. Susan thought we did such a good job that after class she asked us both if we’d like to perform the scene next week in front of her fourth year directing students at New York University! We were very chuffed – it was a nice pat on the back and such an honor as NYU is an extremely prestigious university!

I can’t express enough how much I’m loving it here guys!! Everyday I feel more and more confident that New York is the place I’m meant to be for the next few years. I also feel very lucky that I’ve met so many wonderful people. Last Sunday, an Aussie friend of mine that I haven’t seen since my first night out in NY, invited me to an after party (there was a marathon on during the day) at a bar right around the corner from my place (I tell ya, where I’m living is the best location!). Turns out 90% of the people there were all Australian! It was so much fun! I seriously forgot which country I was in for a moment!

I met lots of great people, in particular two girls from Brisbane who are working here as lawyers (Brooke & Bec). Such great girls, and they live a couple of blocks away from me. We’ve already hit the town a couple of times since, which has been heaps of fun.

Probably my favourite weekend out so far, was last weekend. My awesome American friends, Davio & Will, took Emily and I to this great bar (that has no name) where people used to go to in the 1920’s during prohibition. It was really cool – tucked away underground at the back of a building, and all the drinks are served in a cup and saucer! Very unique. The following night after I’d been at the after party where all the Aussies were, Will and a couple of his buddies took me to a jazz bar – something I’ve been dying to do. It was fantastic! There were two bands, and the second band incorporated a bit of a comedy act, which made it very entertaining! I had such a great time.

So that’s about all my news crammed in to another long email. I’ll try to write again within a couple of weeks. Take care everyone!