Okay, I have a confession to make…I am completely fascinated with gender issues. Especially around relationships, work and behavioural patterns of men in certain circumstances. FASCINATED!!

Are men threatened by successful women?

“Yes”, according to Dr Dina McMillan, a Social Psychologist!

In Sarina Lewis’s article in Sunday Life magazine (this is from 2011 – I have a habit of keeping clippings to write about in the future!), Dr Dina says that in relationships where men feel threatened by their partner’s professional success, the relationship often ends in divorce.

She hears women talking about this at business functions all the time.  They talk about how hard it is to find a partner who stays long-term, because men often feel intimidated by women who are bright, educated and successful.   She insists that this is a culturally relevant scenario.

Wow, Dr Dina really got my attention with that!

So why is this?

Women have been fighting for gender equality since the first wave of the feminist movement in the late 18th century, through to the third movement beginning in the 1980’s continuing to the present day.

You would think that men would be used to career driven women by now!

So why do men feel so threatened by us successful gals?

I believe it comes down to the expectations we have of each gender and the set of social and behavioural ‘norms’ that are considered to be appropriate.

Of course, these expectations vary widely in different cultures, but I think it’s safe to say that in the Western world, men still grow up to believe they are the breadwinners. Couple that with an instinctual, innate need to protect and provide and it’s no wonder men living in today’s world are perhaps a little bit confused.

In the article, psychologist Heather Yelland states that she believes the issue lies with women losing connection with their feminine energy, operating from a more masculine energy that intimidates men in the same way that intimidating men do. 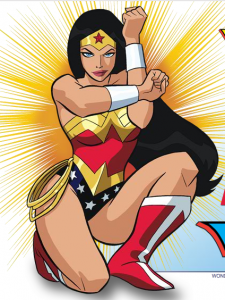 Makes sense to me!

There’s a difference between a strong woman achieving great things whilst still maintaining her femininity, and a strong woman who carries her work persona into her personal life.

In Lewis’s article, Dr Dina tells the story of Samantha Jayne, a 32-year-old executive.  Samantha experienced first-hand a partner who felt threatened by her success.

Is it all about the feeling of a man not being a breadwinner, or is it more than that?

That said, women don’t necessarily need to earn less money for their man to feel this way.

However, they do need to allow their man to be… well… ‘Manly’!

Dina McMillan describes her experience with a local mechanic, who asked her out every time she brought her car in for repairs. She explains:

I’m very well educated, but I know nothing about mechanics, so I’d walk in and I’d be like a deer in the headlights. I’d have no clue. And they’d feel all strong and manly and their chests would pop up and I’d think, ‘Isn’t that interesting?’

I Think Men Are Confused

I believe 100% that us women should be able to strive for the same professional success as men, to include earning the same amount of money and feeling proud of what we’ve achieved.

However, I think it’s important that we respect our differences and appreciate the need for men to feel masculine and women to feel feminine.

What I really believe is that men are confused and have been for a while. I read a great article in the Herald Sun a year ago (another clipping I kept!) that was an excerpt from The Big Tilt by Bernard Salt.

Salt describes how “the modern man has constantly evolved in a bid to attract – and hold on to – modern women. Years ago a bloke was a bloke and that was that. Then in the 1980s, what women wanted from men seemed to change.”

Enter the SNAG – sensitive new age guy of the 80s. This was a man more in touch with his feminine side, who drank wine instead of a stubby and trimmed his mustache and slung sweaters across his shoulders.

This didn’t last – women’s taste in men was on the move again!

In the late 1990s a new type of man emerged – say hello to the metrosexual! This type of man has been around for at least a decade and may be identified as having a tuft of hair below the bottom lip, sports V-neck tees exposing his cleavage, spends the same amount (if not longer) in the bathroom priming himself, wears skin tight jeans with pointy shoes, uses moisturizer and waxes his chest and could very easily be mistaken for gay…sound familiar?

But isn’t this what women asked for? For a guy to take more pride in his appearance?

Yes we did, and men obliged. So what’s the problem then? Well I reckon somewhere along the line men lost a bit of their masculinity. I also think finding a guy that has good old fashioned gentlemanly manners (at least here in Australia) can be hard. When was the last time you went out on a date with a guy (especially a Gen-Y guy) who opened the car door for you? I personally, and I know a lot of my girlfriends would agree, like nothing more than dating a guy who is a gentleman. In fact, it is the BIGGEST turn-off when they’re not. But I’ve heard from some men that when they try to open a car door or let women walk into a room first, some women reject this and feel uncomfortable when on the receiving end of this chivalrous gesture. This seems to be more of a problem with Gen-Y men and women, but I find this to be disappointing and a tad depressing. Again, men are confused about what women want.

Salt goes on to say..

In 2009, a British deodorant company released a survey of 2800 women aged 18-34 from 14 different countries (including Australia) revealing that women now want men to retain their masculinity. And not only that, but women want men to take the initiative and to have the self-confidence to ask them out in person. What women want in a man is a neosexual. Here is the basis to a new man that is part snag and part bloke.

Discussion to be continued…

What are your thought on this subject? Do you agree? Would love to have an open discussion about this, so please leave a comment below – women and men!