It has now been 10 weeks since my sister had her terrible accident. If you’re reading about this for the first time, you might like to start here.

The Highs And Lows…

Well there’s definitely been a few highs and lows since I last wrote about Candi. Let’s start with the highs! As I have explained, Candi suffered what’s called an Acquired Brain Injury (stroke) due to the impact of her fall. This resulted in moderate brain damage mostly to the left side of her brain which has greatly affected her speech. Initially she also suffered from dysphagia (difficulty swallowing) which is very common with stroke victims, but thankfully that is much better and she is able to eat solids now that are mashed and very finely chopped to assist her. My sister, Kate, has been Candi’s personal chef and has been cooking all of her dinners and we also bring in lots of yoghurt and yummy ice-cream for her. The hospital food is, well, like hospital food (gross!).

The main issue with Candi’s speech is her dyspraxia, which refers to difficulties with coordinated movement in which messages from the brain are not effectively transmitted to the body. This means that Candi knows what she wants to say, but she just can’t coordinate her mouth with the signals from her brain to be able to get the words out…most of the time at least. She most definitely has improved in leaps and bounds since she first arrived at the rehab hospital! Candi says new words most days, and has started stringing a few sentences together too! It’s hard watching her be so enthusiastic about what she wants to tell us but ends up so frustrated and deflated as the words won’t come out! When this happens she usually starts off with a few words that make sense, but then ends up speaking gibberish just so something comes out of her mouth. This quite often makes her and us laugh…but I can see her utter despair as well.

Candi has progressed up to two sits in her wheelchair each day for 60-90 minutes each time. This is a massive improvement as initially she could only last about 15 minutes before being in agony and feeling light headed. The occupational therapist is still trying to make the chair more comfortable for Candi, as she still gets a lot of pain in her shoulders. This is a big problem. When the muscles stop working to support the shoulder, it becomes very unstable particularly since it’s a ball and socket joint. This has resulted in Candi’s shoulder subluxation (partial dislocation) which unfortunately is very common with stroke victims.

Candi is receiving daily physio and occupational therapy and the speech therapist comes in once a week to work with Candi. Other than her right arm (she can move it towards her but can’t extend it out or use her hand), Candi hasn’t had more movement but we’re hoping her spine might still be in shock. Also, she is in so much pain that we think this may be interfering with her ability to heal on some level.

When Candi was in hospital we had the pleasure of meeting a lovely, inspiring man named Jason. Jason who was in the bed opposite Candi once she was taken out of ICU and moved to the spinal ward. I wrote about him and his horrific workplace accident here. Jason is a Christian and told us he had his whole church praying for Candi. When he got out of hospital he even went on Sonshine FM (a Christian radio station in Perth) and asked everyone to pray for Candi, and the message was spread across Australia! Although my family is more spiritual than religious, we do believe in the power of prayer. He is Candi’s angel :-). About 3 weeks after Candi arrived at the rehab hospital, Jason and his beautiful wife and two young children made the trip to come and visit Candi. So unbelievably kind and thoughtful. Jason couldn’t believe the improvements in her alertness and speech! 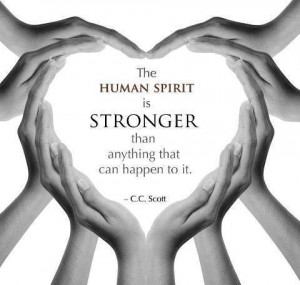 Then two days ago, Jason came in on his own to visit Candi. Mum was there and spoke to him about the experience we’ve been having, which hasn’t been the best a lot of the time…I’ll talk more about this shortly. One of the things Mum told Jason, is that Candi literally has to scream out in pain before she is given her pain medication…talk about being trained like Pavlov’s dog! It’s disgusting that she has to be in that much pain before she is given her next dose. Anyway, Jason said that was appalling and said she should never be in pain and that in between her strong pain medication she should be given other pain relief to keep her an even keel. Jason also said it would make her healing process a lot harder being in so much pain all the time! This we already knew and have been fighting with the doctors to get to some happy medium. We understand that Candi shouldn’t be pumped full of drugs all the time (she is never given drugs that sedate her) but there needs to be some better pain management put in place.

The main problem my family has been having with this hospital, is the lack in communication between the staff, particularly the nurses! All the specialists are fantastic and have been doing a wonderful job with Candi, but A LOT of the nurses are in the wrong bloody industry! I can’t go into great detail on a public forum, but the lack in care at times has been a disgrace. We’re having our first family meeting today with Candi’s team of specialists, and my Mum is going to bring a full report she has written documenting absolutely everything that has gone wrong, including photos and videos. If this doesn’t improve the level of care Candi should be receiving, we’re taking it higher up!

On a brighter note, my family is going to an information night on the 8th October which is about Functional Neuroscience. We’re very excited about this as the Institute of Functional Neuroscience in Perth run by Dr Randy Beck, has been having incredible results with paralysed and brain damaged individuals. Can’t wait to tell you more and for Candi to get treated there!

My parents are so stressed, my Mum looks waif like she has lost that much weight! But they both love spending time with Candi each day, as I do. We have a roster which helps a bit, and my brother spends a lot of time with her when he’s back from the mines.

It has been particularly heart breaking and stressful to see Candi when she is screaming, crying and suffering, which has been quite common recently. But Candi has also been laughing a lot and a times looks somewhat at peace with her situation…she really is an inspiration to us all!