Okay, it’s time for another true story of mine…another ‘love’ story! My post about My Most Painful Break-Up And How I’m Dealing With Being A Single Girl In My 30s, connected with so many of you! I had a girl email me recently asking for more stories on love, so here’s one from the archives!

Where It All Began…

This story begins in February, 2005. I was no longer living in Sydney – the city I had my heart broken in – and was now residing in groovy Melbourne. I had been there for about 8 months, and was loving it! I was having fun being single but really wanted to meet someone special again…to fall in love.

Out of the blue, I got a phone call from a friend of mine in Sydney, Paul Freeman (a very talented photographer/publisher) who back in the day photographed me and the ex for his first published coffee table book. Paul knew I was single now and also knew the type of guy I was attracted to (he’s gay by the way!) and said to me over the phone that a dashing German friend of his was in town and they were coming down to Melbourne for a few days…and by the way “I think you should meet him Liz…you’d really hit it off!”

Well this definitely caught my attention!

When they arrived Paul called me and invited me out to dinner, but I couldn’t make it as I was moving house the next day and had so much to do! The following day I got a phone call from someone with a very thick German accent…it was Mathias.

Mathias spoke excellent English and was really easy to talk to and very witty. We chatted for quite a while and then he asked me if I’d like to catch up with him for dinner. I was absolutely shattered from moving and really didn’t think I’d be good company so asked if we could catch up the following night….he tried to persuade me but I guess I was unintentionally playing hard to get!

The following day, Paul called me to tell me Mathias was extremely unwell and bed ridden, so couldn’t make it out tonight and they both were leaving the next day.

Do you sometimes feel like opportunities just past you by if you don’t grab onto them straight away? This is exactly how I felt at this moment.

About 3 days later, I got a phone call from Mathias who was now back in Sydney. I was quite surprised to hear from him considering we never ended up meeting! I guess Paul must have put in a good word for me :-). We chatted for close to an hour and I found out a lot more about this Deutschman! He was just about to get his pilot license in Germany – just one more practical exam to do and then he’d be a professional pilot! “Oooh, a man in uniform and with an accent” I quietly swooned to myself, fantasies running rampant in my imagination ;-). I also learned that he was 2 years older than me, lives in Berlin ( a city I had always wanted to visit) but would love to move to Australia one day as he really digs the Aussie lifestyle and loves his sport…especially soccer, scuba diving and beach volleyball. 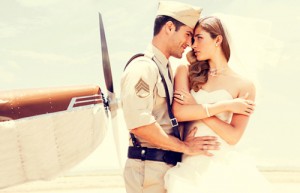 Mat continued to call me every couple of days initially, and then after a week it became daily phone calls and texts and then we progressed to skype which I was really nervous about for some reason! I found him extremely handsome and was totally attracted to him. He was very similar looking to my ex – blonde hair and blue eyes – no wonder Paul thought I’d like him :-).

Mat really wanted to fly back down to Melbourne to meet me and was about to book his flight when he found out he had to be back in Berlin earlier than expected. Something to do with his pilot training. We were both soooo disappointed!

I thought that would pretty much be the end of our ‘getting to know each other’ relationship and was really bummed as I liked this guy a lot!

A few days after he returned to Germany, he called me and I was equally surprised and ecstatic! I honestly didn’t think he’d bother to stay in touch, but I was wrong! We started skyping again and this went on for a couple of months.

Then when I was on one of my model trips to the Philippines to shoot the Avon campaign, Mat said to me one day over skype “you’re already halfway to Europe…why don’t you come to Berlin and meet me in person?!” Wowwwww!!! This was getting exciting!

I was completely nervous about the idea of travelling to a country I’d never been to before to meet a man I’d never met! But I had an adventurous spirit, plus I was starting to fall in love with this guy. We had built such beautiful friendship and I really felt like I could trust him. He seemed like a very honourable man, and we shared very similar morals and values which was important to me. 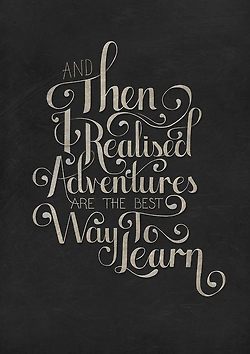 I discussed it first with my Mum who was all for it but also quite nervous! I think knowing that I’d already done a lot of travelling on my own made my Mum feel a little more at ease with the idea…and I was 26 years old. I refrained from telling my Dad initially, but my bro let it slip! Dad was happy for me but was also quite protective and wanted all of the details!

So I made my decision…and the very next day booked my flight to Berlin! Yeeewwww!!! I was so excited but shitting myself at the same time!

Stay tuned for part 2 where I reveal what it was like to meet Mathias for the first time, and the events that followed (plus some pics!)